We're working to turn out the vote in State House District 121 for Celina Montoya. Celina is a lifelong resident of San Antonio, and a product of its public schools. Graduating from Alamo Heights High School, she briefly left Texas for Chicago where she worked her way through college at Northwestern University to earn her Bachelor of Science in Journalism. Upon graduation, she returned to San Antonio, where she worked as a reporter and married her high school sweetheart, Luke Girdley. They have been married for almost 11 years and have two children. They work together growing their business and giving back to the community.

Celina makes service a priority. She serves on multiple nonprofit boards and charities, including the Landa Garden Conservancy and is the President of the Junior League of San Antonio. She is co-founder of Literacy San Antonio, a nonprofit organization dedicated to using research-based methods, including science-based reading instruction (SBRI), to identify, implement and improve literacy levels in San Antonio. She engages her family in service through various opportunities, including by leading her daughters Girl Scout Troop. Some of her dedicated areas of interest and service include: The Doseum, The San Antonio Public Library Foundation, The San Antonio Book Festival, and The San Antonio Area Foundation. Celina can be seen regularly on SALive, where she contributes a craft segment on behalf of Alamo City Mom's Blog and demonstrates her belief in the role of creativity and art in developing young minds. 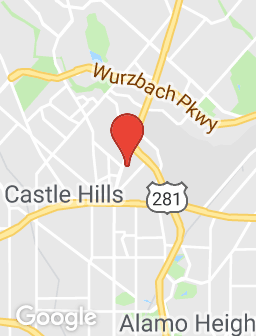