Tri Sigma History
Sigma Sigma Sigma was founded by a group of eight women on April 20, 1898 in Farmville, Virginia. Margaret Lee Batten, Louise Marie Davis, Martha Trent Featherston, Isabella Merrick, Sallie Jackson Michie, Lelia Scott, Elizabeth Watkins and Lucy Wright set out to establish a sisterhood based on the bond of friendship. Founded at the State Female Normal School (now Longwood University), Tri Sigma became part of the group of sororities known as the “Farmville Four” - four Greek letter sororities established at the State Female Normal School between 1898 and 1901.  The Charter of Incorporation was granted by the Commonwealth of Virginia on February 12, 1903, and Tri Sigma adopted its first constitution in April 1903

The Epsilon Iota chapter of Sigma Sigma Sigma was founded at St. Mary's University in San Antonio, Texas on April 4, 1987. Tri Sigma was one of the first national sororities established at St. Mary's University and continues to hold a prominent position on campus. Epsilon Iota is the organization with the highest average GPA on campus and continues to advocate for campus involvement from its members.  Epsilon Iota strives to strengthen relationships with all individuals, organizations and communities on campus. 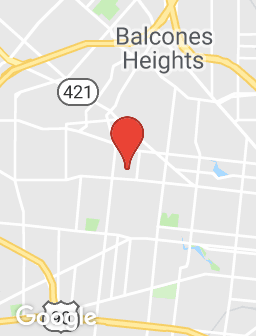